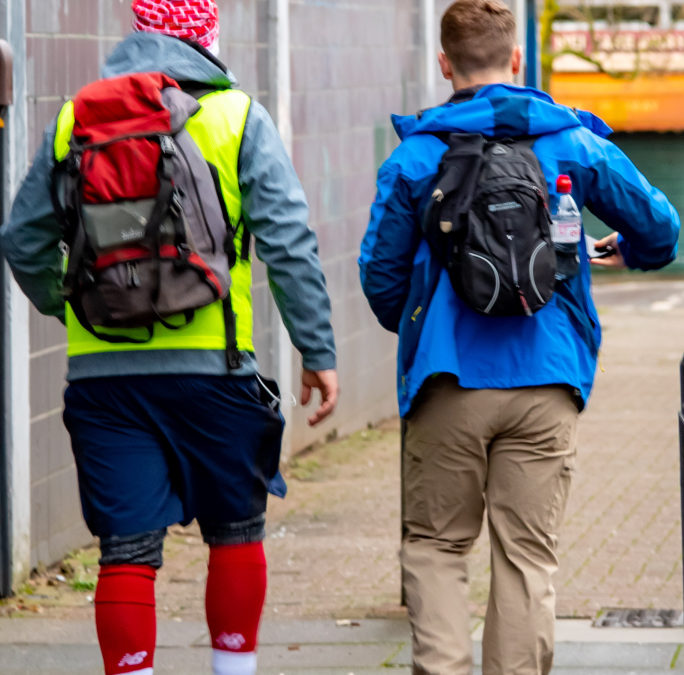 From meeting Debbie in a pub in Netherton following an introduction from a work colleague, I felt she was a woman I really wanted to support with an idea and a vision that I definitely wanted to support. To come into contact with someone with the bravery and resilience to turn such a negative experience into what I am sure will be a positive influence on so many men across Liverpool is a once in a lifetime opportunity. The fact it was targeting men who are suffering in a way I have myself previously meant it was an opportunity I certainly didn’t want to turn down.

There was little I felt I could offer Debbie as my experience in supporting others with their mental health was minimal. It stretched to the creation of an idea and a few delivered sessions in my workplace alongside my colleague and friend Paul McDonald. Compared to the plans Debbie had for Sean?s Place, it was a drop in the ocean. The most I could hope to provide to Debbie was an honest opinion on what young men struggling with their mental health may benefit from and potentially share some of the successful activities and ideas we?d seen within our workplace. I felt my sole other chance of contribution was raising some money to support the initial launch and future running costs. Following a new job resulting in me having some time off over Christmas, I felt the latter of these contributions was a possibility sooner than rather than later. Hiking and walking was something I’d loved doing during recent time and I felt I could complete something that could hopefully lead to people donating money to the cause.

After speaking to Debbie about a sponsored 24 hour walk, Her Husband Tony has a quick look on Google Maps and found that Bootle to Moel Famau and back was estimated to take 24 hours. So that was that, we both jumped on the idea and set the date for Sunday 22nd December. It was an idea that if we had more time to think about we may have turned down, but by the Wednesday there was a funding page set up and we had started to raise awareness about the plans.

So, two lads who had barely ever met planned walking 70 miles, across 2 days and through the night, with no sleep and with absolutely no specific training or preparation. Just an idea and a passion to support a cause. We turned up that morning with no real idea of what was to come. Just a bag pack each filled with the usual food and water along with some other extras including talc, head torches and an abundance of anti inflammatory. We set off at around 10 o’clock towards the tunnels which we planned to travel through using lifts from family members, it was that or sit on the ferry tour for 50 minutes each way. 5 miles to the tunnel flew by, as did the walk up through Birkenhead and up towards Cheshire. The weather was perfect and we were more than enjoying the day. 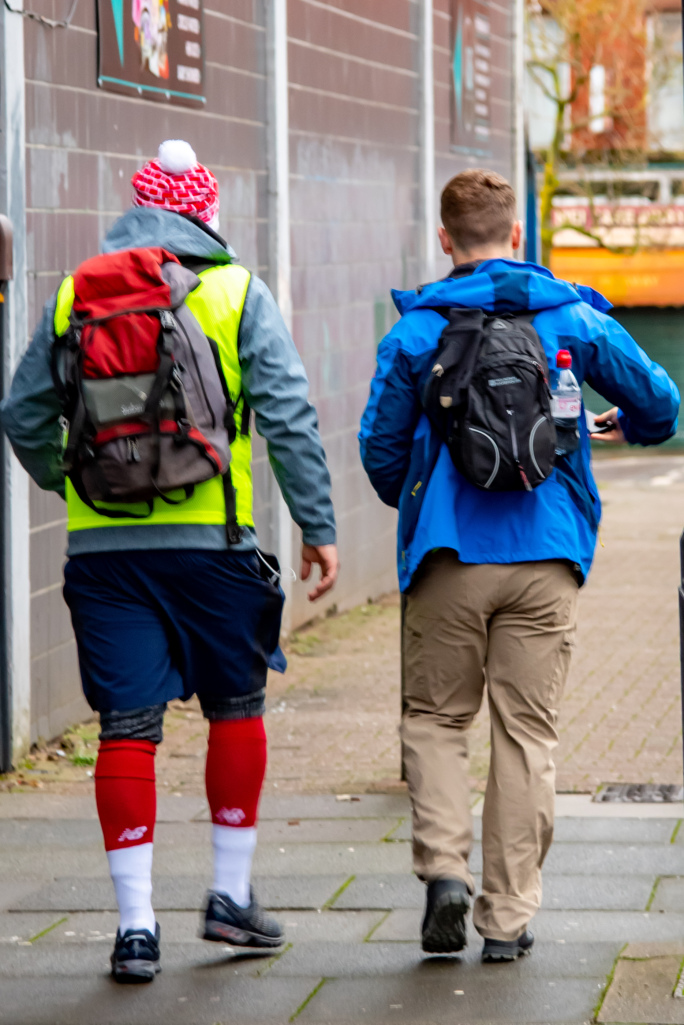 ‘There was plenty of conversation and we didn’t stop for a rest for the first 12 or so miles. It all seemed a bit easy up to this point. We then turned onto Wales road which took us up a duel carriageway that soon had no footpath either side. The route that Google Maps was giving us was no longer an option. Before we knew it we had hopped a fence and heading across a farmer’s field in the general direction of Connahs Quay.

For the next 2 hours we walked through mud, hopped fences and hoped we made it back onto the road before we lost sunlight, fortunately we did, just. We made it to Connah’s Quay just as the rain began to fall, which was a relief as the waterproof jacket and trousers and began to feel like a waste of time. Once through Connah’s Quay we made it to the bridge over the River Dee. A sobering reminder of why we were carrying out the journey was to come. As we passed over the bridge, an endless stream of Samaritans signs were stuck along the edge of the bridge. I don’t know how many people may have rang the number provided rather than carrying out what they had gone to the bridge to do. It stopped us in our tracks for a short time, it was chilling to be up there and to see those signs.

We soon had crossed and made our way up and away from the A roads on North Wales and headed up into the farmlands and B Roads. The sky was clear and myself and Tony began to enjoy the visibility of the stars, a subject we quickly established we both had a passion for. Tony?s company had made the journey so far one of the best days I?ve had out walking, despite us barely knowing each other. Due to the darkness we had lost sight of Moel Famau and we now trusted our phones to take us in the right direction. The head torches were beginning to come in handy, as Google Maps led us up pitch black public footpaths and along alleyways we never would have used if not for its guidance.

Before we knew it we had reached the bottom of Moel Famau, we stopped for a quick bits of food around 11pm. We had now been on the road for over 12 hours and due to some poor planning and all the shops in North Wales closing at half 6 on a Sunday, we had no water. So Tonys tinned pineapple rings, which I had laughed at earlier in the day, were an absolute Gods send.

‘We summited quickly,  it was a pleasant break from walking on roads and gave some genuine excitement to what had started to become a fairly arduous task. We stopped briefly at the top to appreciate the view, I had expected a little celebration when we had arrived at the top, but it soon dawned on us that we had only done half the job. This, accompanied by blistered feet, no water until we next saw a shop and swollen ankles really took the shine off the situation. We had covered the first half and gotten back down before midnight. The second half of the walk was going to take considerably longer, we had anticipated that. But I’m not sure we had anticipated how painful just getting home was about to become.

Walking through the sleepy welsh villages was pleasant, we had music playing and having the world to yourself brings a sense of freedom and adventure. As the sun began to rise at 6 and the Monday morning traffic began to build up, there was no longer anything pleasant about our situation. We were now 20 hours in and our 5.2 km/h pace had dropped to a snale’s 4.4. We finally passed an open garage and took some time to put our feet up and stock back up on water and food. We still had a marathon to go and walking had become seriously uncomfortable for the pair of us. There was a lot of groaning and for about 3 hours that morning we didn’t exchange a word. I had chosen an audiobook and Tony had gone for some heavy metal music. We had stopped briefly at a Starbucks just off the M53 the day before and we agreed that would be the next point we stopped at.

On the roundabout approaching it I had a quivering bottom lip and I think if someone had stopped and given me a hug I’d have shed a tear or two. We were now on the descent back into Birkenhead and towards the tunnel. We had covered almost 60 miles but the maps still said we had 4 hours to go. We were both taking it 10 minutes at a time by this point and it was surreal to be passing the same shops, restaurants and garages that we had done the day before. We still hadn’t talked, we were both struggling to string a sentence together by now. I found it hilarious when we tried to, we just ended up looking at each other and shrugging our shoulders. At one point Tony told me how much pain he was in, rather than crying I had burst out laughing but it was definitely the former I was doing inside.

We made it to the tunnel where we waited for our lift back through. It was now around 2 o’clock on the Monday and we were 28 hours deep into the walk. 24 walk I’d suggested, so if it wasn’t for Tony and his clever ideas I’d have been at home in a hot bath with some food by now. We made it back into Liverpool, from St George’s we made the final push through the Connect Studios, the end point. It was mentally the toughest physical challenge I had been through with ease. It’s hard to comprehend how long 30 hours is. Trying to explain to somebody is difficult. You ask them where they were and what they were doing 30 hours ago and usually they can’t remember. Then you tell them to imagine they were walking and they had been walking ever since. Once you’re sat there and you’re finished though, and you realise why you’ve done it and how much money will be raised, it?s a special feeling. To have gone full circle in struggling with mental health to now being able to contribute to the support of others with theirs is hugely fulfilling. Sean’s Place will change lives and it will save them too. What Tony and myself did over that two days has raised money that I hope will now play a part in moving Debbie’s vision forward 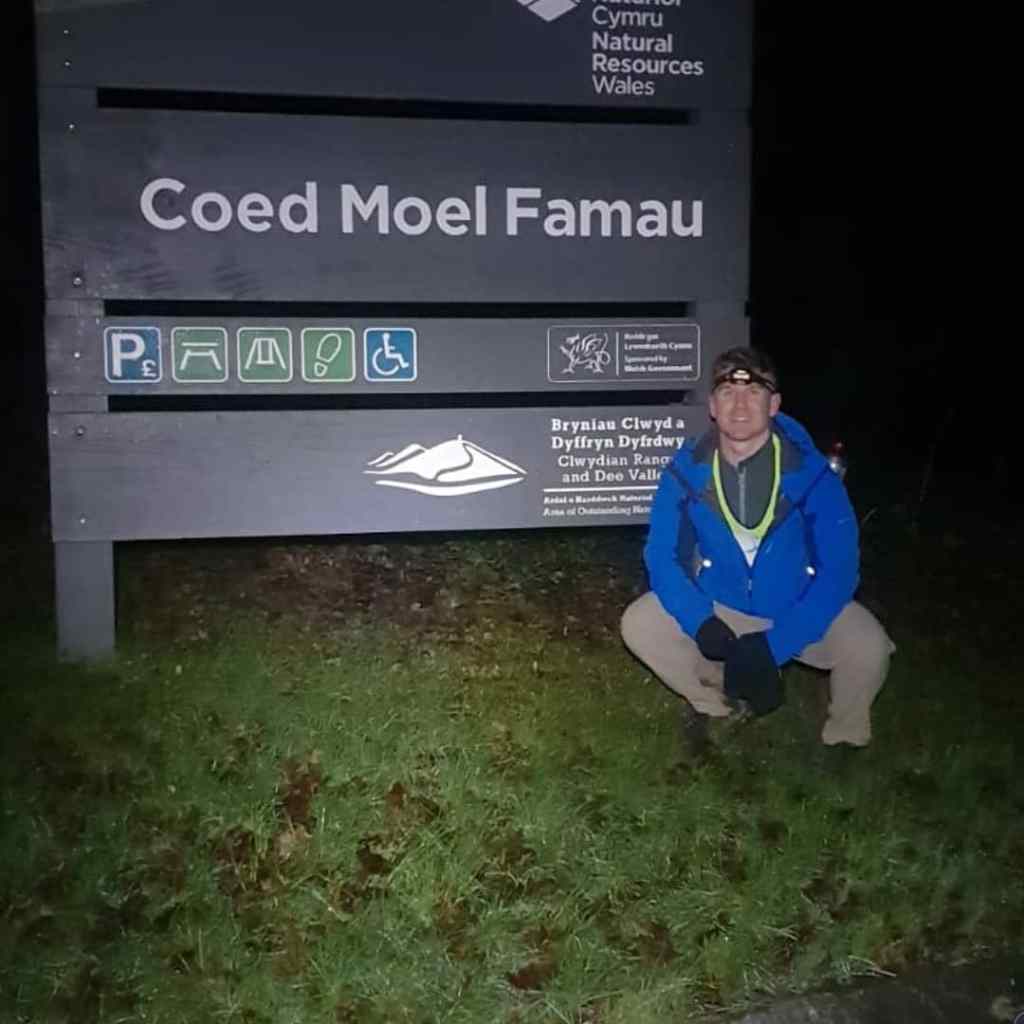 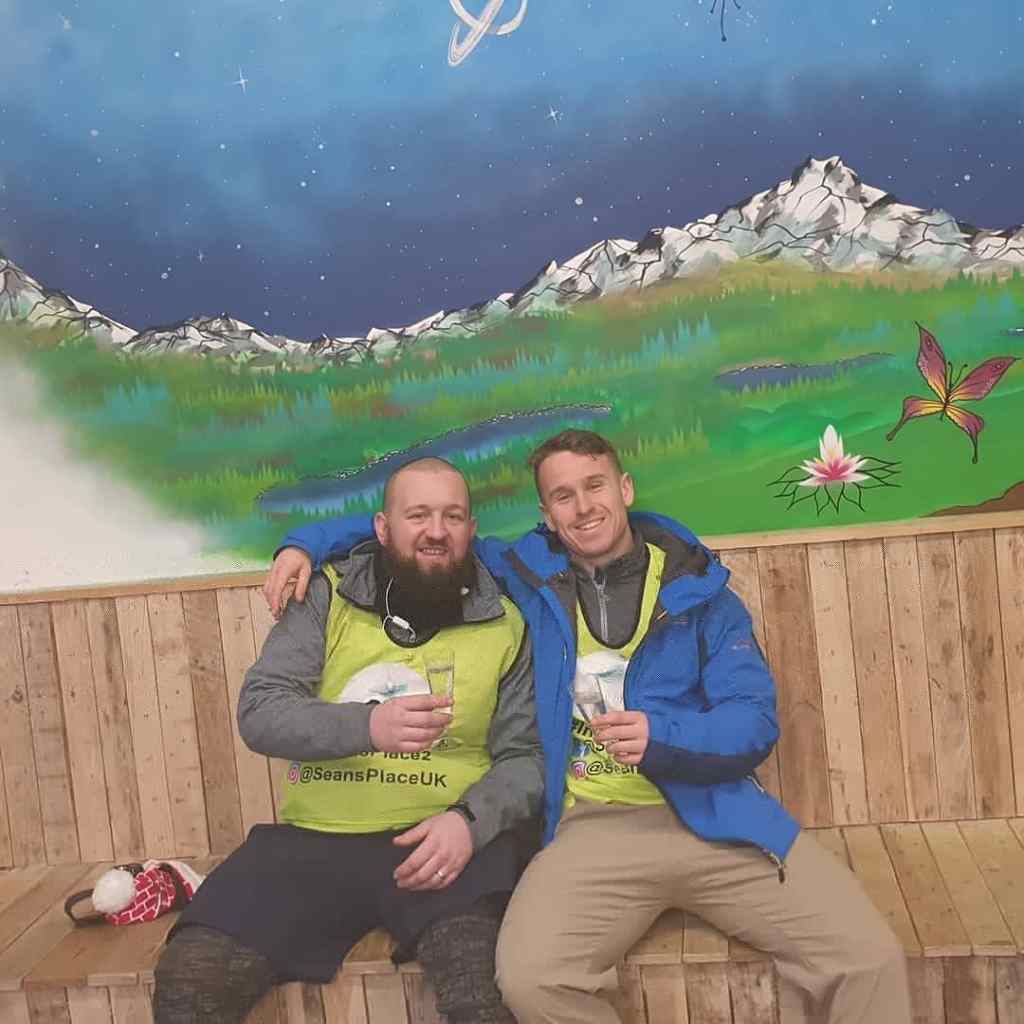